“Right coffee is truth serum and you can tell people everything”. Whaaaaaa??? So goes the saying on the front of Righthands Coffee… I have no idea what it means, but, I’m sure it’s something meaningful.

Righthands is a good nongkrong and working spot in Bandung primarily due to the good tables and chairs, abundance of electricty sockets and a lovely outdoor area where you can smoke to your heart’s content. It’s just a pity about the wifi speed which clocks in at 4mbps down and 1mbps up. But unless you need to do some data intensive work such as youtube or downloading the latest TV episodes, the speed here is good enough. 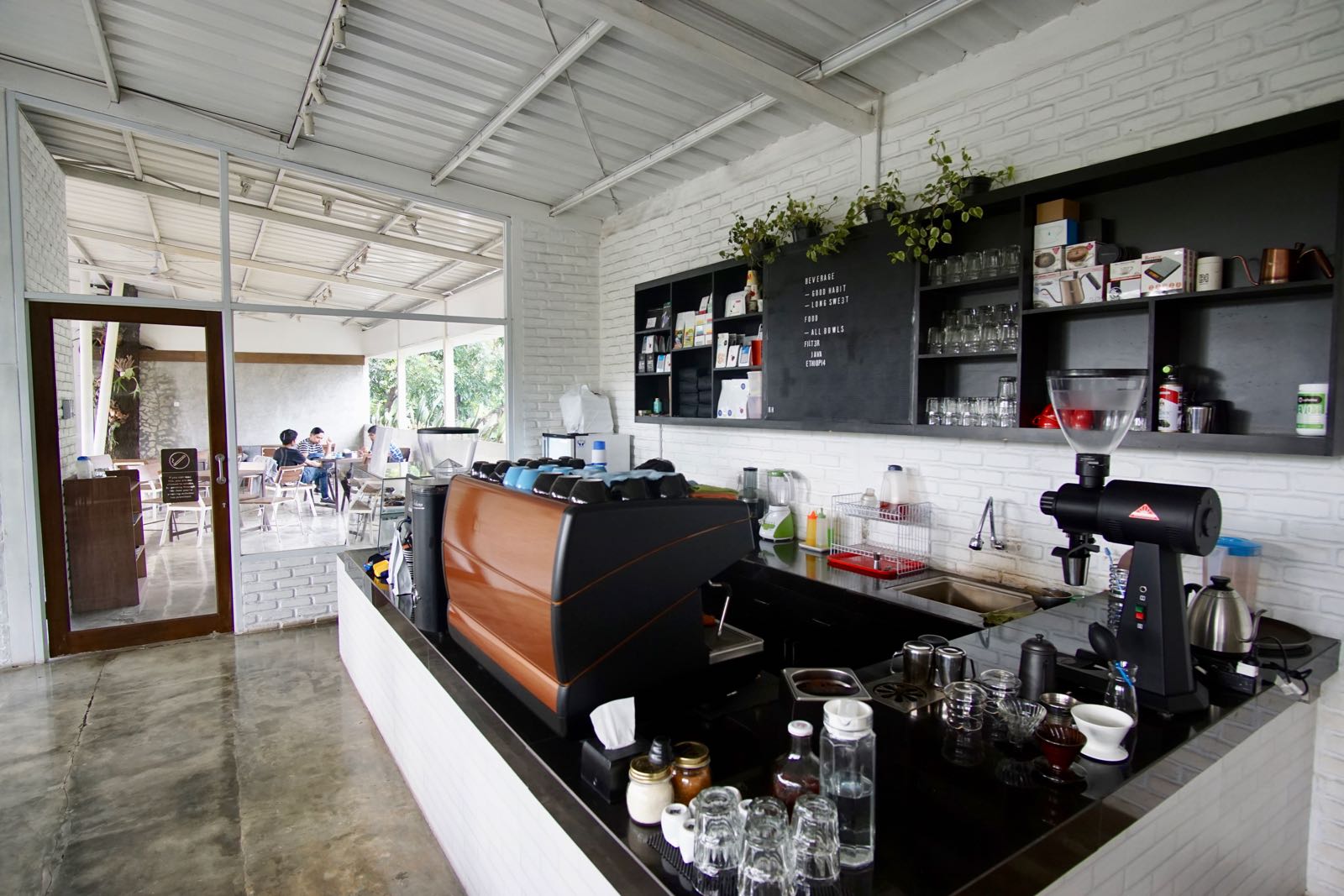 The flavour of the cappuccino I had was really good, but I was a bit disappointed with the milk. Rather than a thick, luscious, silky smooth texture, I got something quite flat, watery and lacking texture. It really was disappointing! Maybe I was just unlucky especially because I expect more for a Rp28.000 coffee.

Anyway, they also serve a range of food here including snacks and large meals such as nasi goreng. I didn’t try that, but it looked pretty good as it was being delivered to the table next to mine. 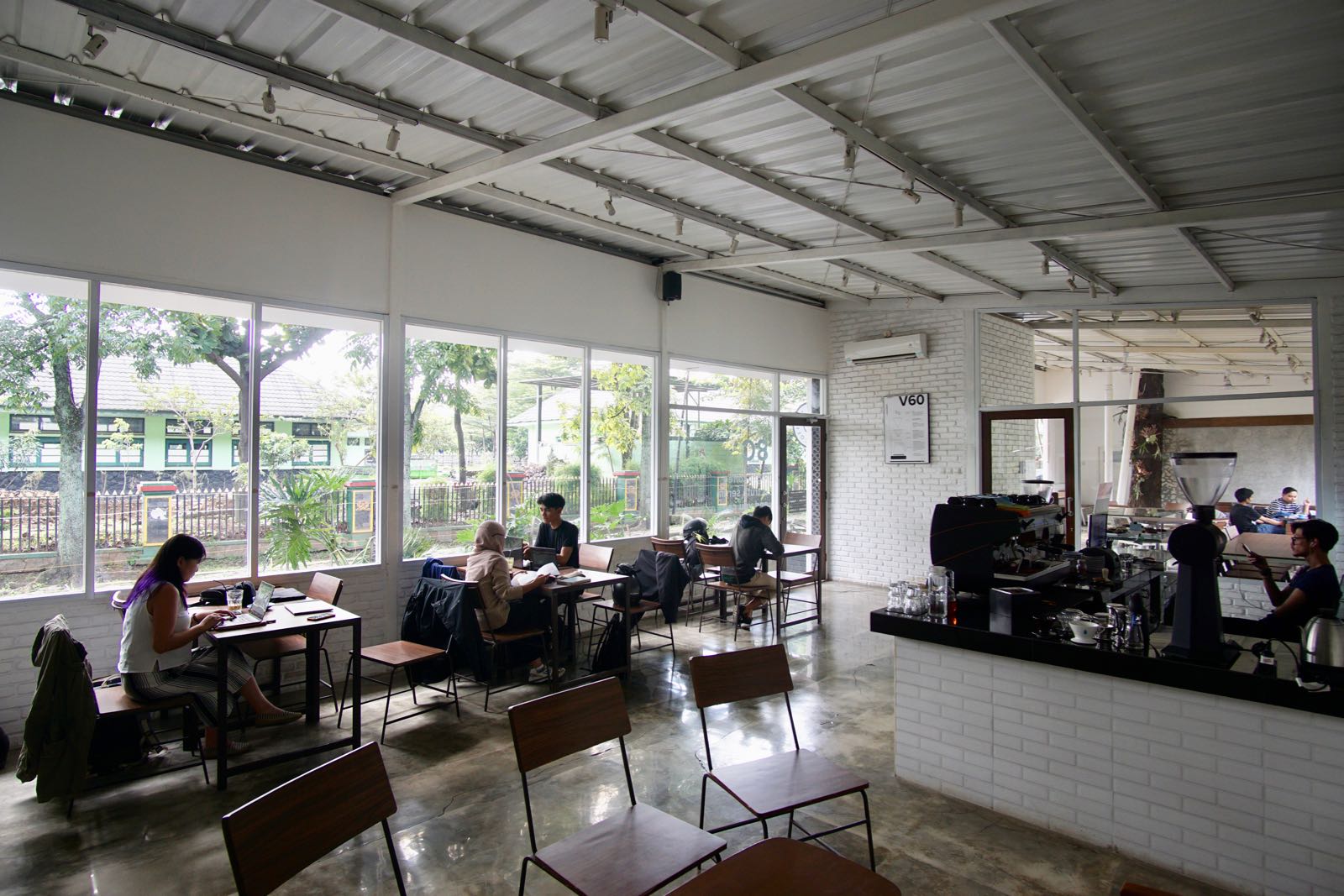 The air-conditioned area is a great place to set up a laptop, but on sunny days it tends to get quite hot when sitting next to the window because sun shines straight in. It’s not unbearable, but definitely something I would fix if I owned this place. 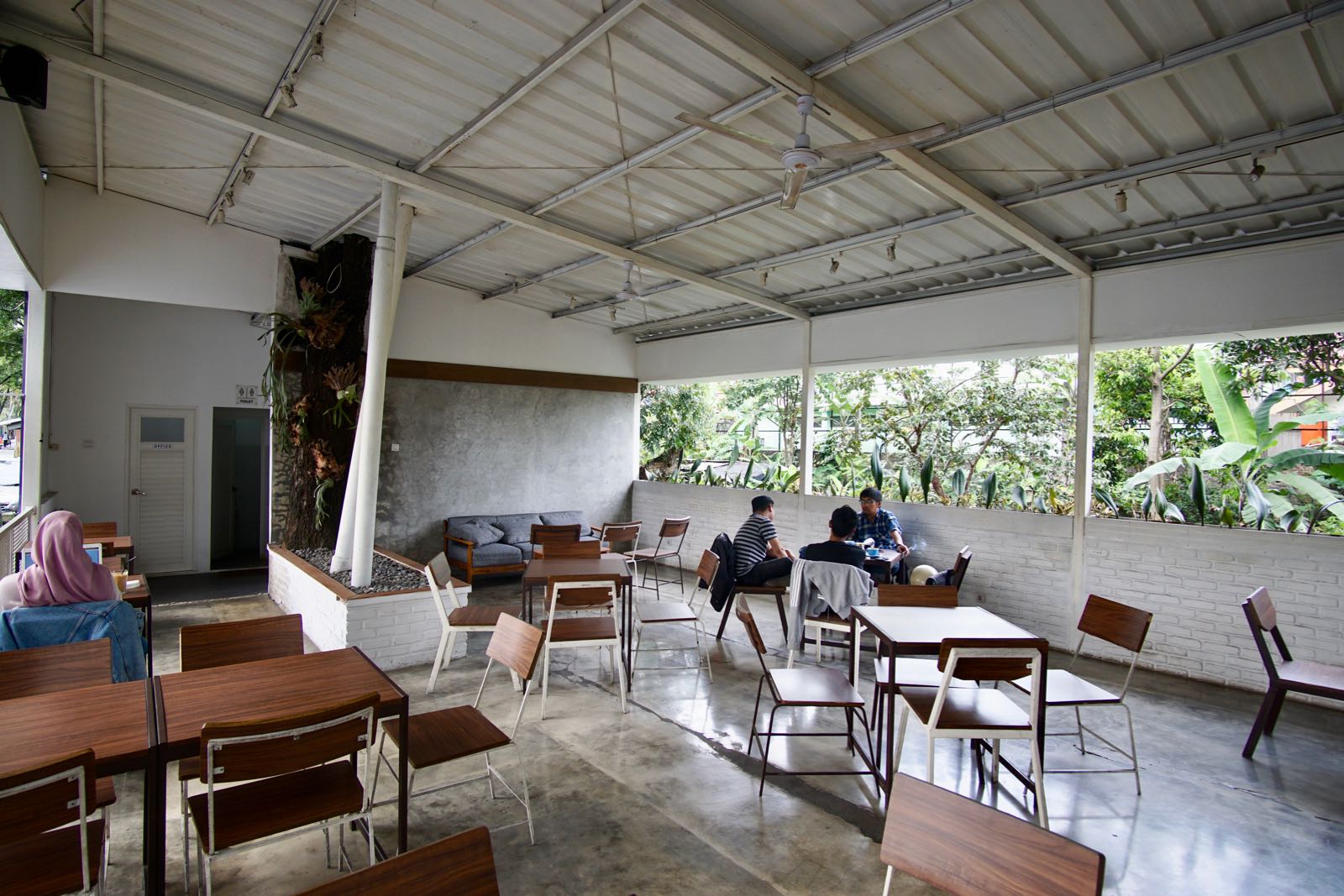 Righthands is not a bad place for hanging out with friends or getting work done, but there are a few shortcomings that could be improved relatively easily such as better wifi and a larger awning on the windows. Worth a look.