Right next door to the large and modern Kahve is the small but stylish 2 Grams Coffee & Meals. We love this place mainly because it’s small and cozy with decent WiFi and serves up pretty good coffee without an espresso machine!

The first thing you notice about this place is how small it is. It’s smaller than the carparks of many Bandung coffee shops with space for less than 20 people in side and perhaps fewer than 10 outside. I really like the fitout with a wall full of logs, pictures on the walls and plenty of lights so you’re not constantly squinting to see stuff. 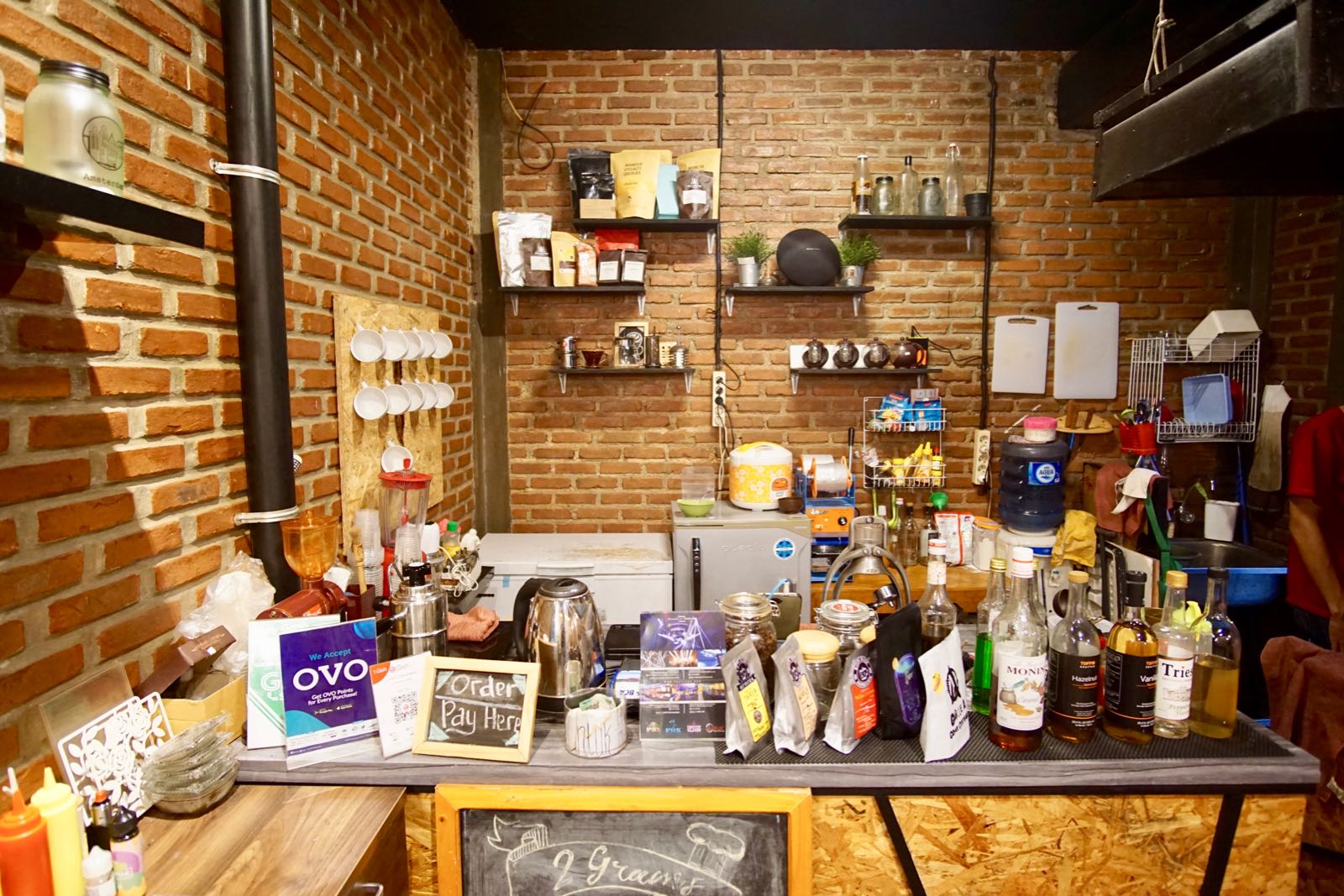 Coffee here is made without an espresso machine. For their espresso based drinks they used a manual method of extracting shots and a small milk steamer which is heated on a stove. The coffees I’ve had in the past made using this method are usually unable to reach the standards that a machine can produce. And 2 Grams is no different. The cappuccino here is quite good, but you can tell that it’s not made on a big expensive machine. Because of that, the coffee is cheaper than at the most popular Bandung coffee shops. 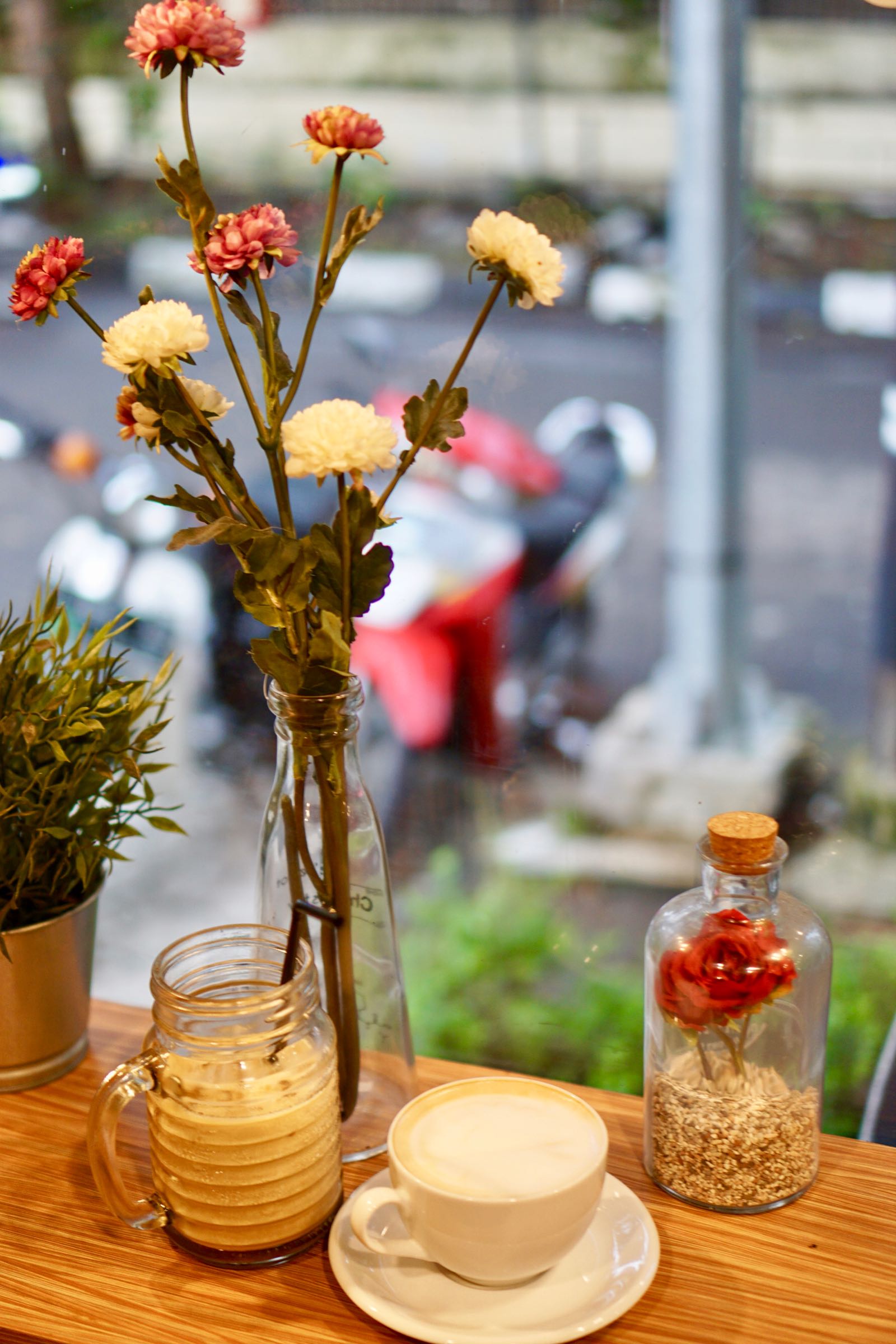 The menu of food seems pretty good with a selection of katsu and noodle dishes as well as snacks such as crispy mushrooms and banana nuggets.

As far as working goes, it’s a decent place to do a couple of hours of work but you’re bum is going to hurt after a while as you’ve really only got a choice between short stools and benches for your seats. There are a few electricity outlets should you need them and the wifi is relatively speedy at 10mbps down and 10mbps up. 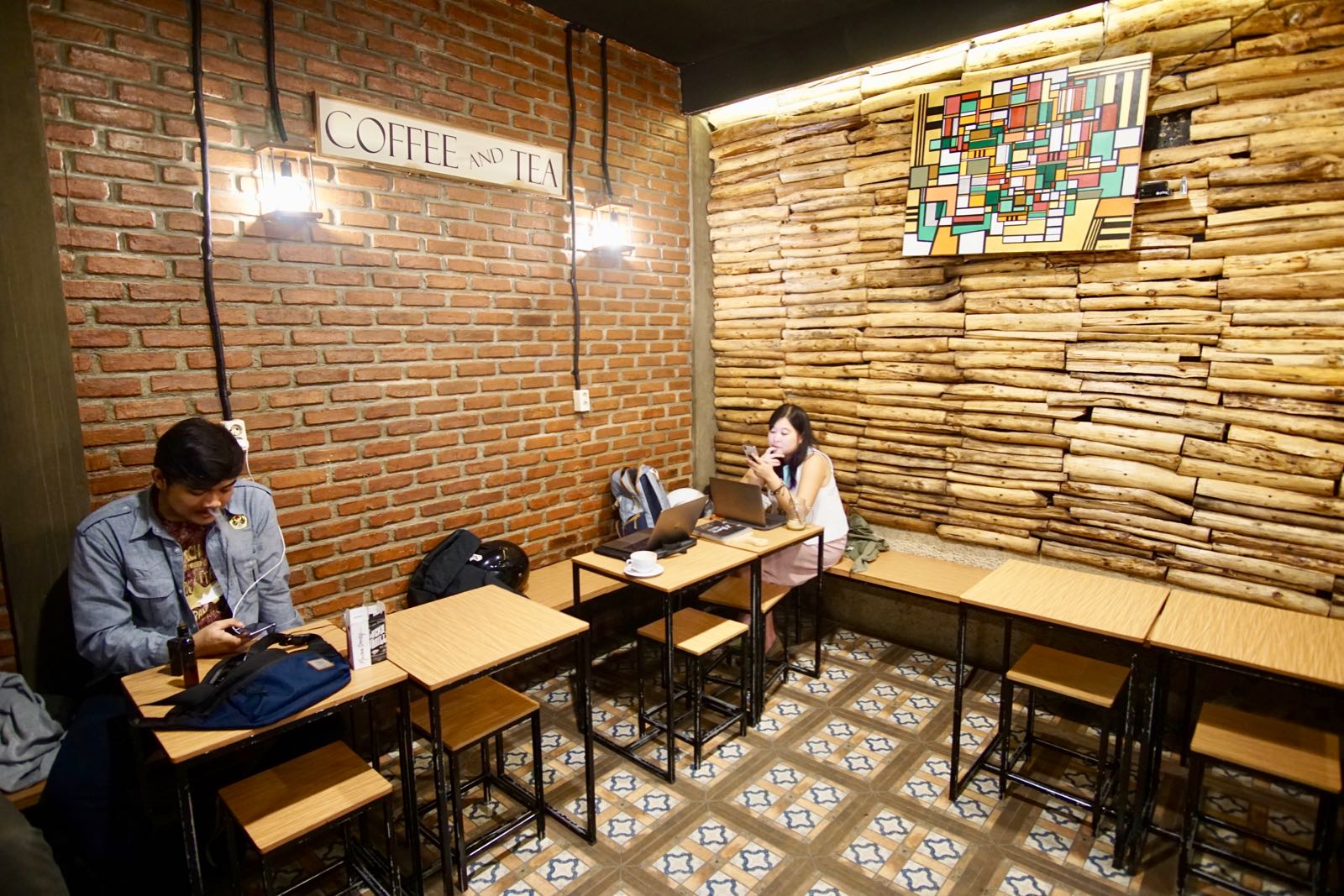